Most people never stand up, speak up or even step out of their comfort zone for a cause of any kind unless it affects them personally, and I’m no different. In a season when my life should have been easy, it seemed to have intensified.

In early 2014 my wife (Annette) had what we thought was a routine colonoscopy. While she had some discomfort in some areas of her body, her concerns weren’t nearly to the magnitude we were about to discover. In the consultation after to colonoscopy the doctor simply said, “your colonoscopy looks fine, but there’s something else going on with you and I’m not quite sure what it is, so I’m going to order a CAT scan”. Not really thinking about anything major we went to see the doctor the next week as a follow up. Laughing and joking around about a trip we were planning, the doctor came in, and in an instant, she changed our lives forever. With no bedside manner she looked at her chart then looked at Annette and said…YOU HAVE OVARIAN CANCER…stage three. 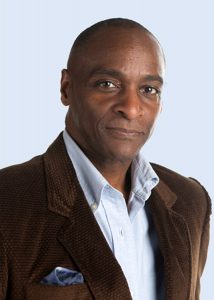 After the initial SHOCK and tears of great uncertainty the 1st words Annette uttered from her mouth were “Does this mean I’m going to die?” But with a solid foundation and grounded in faith we went to work. After getting a 2nd and 3rd opinion, surgery was imminent, so we settled on a hospital, a team of doctors and a course of action. Months later and many rounds of chemotherapy Annette was ruled officially in remission, only for months later we learned the cancer came back worse than it was originally.

If anybody ever tells you, since you have faith, that’s all you need…I’ll just say that’s not true. As a man of faith, I know that’s very important, but you also need a strong prayer life and an awesome support base of family and friends who will be there for you NO MATTER WHAT!

I remember Monday, July 13, 2015, because this was the day in what we thought was a routine consultation, Annette’s doctors gave her 4 months to live. On the way home, while riding in the car a song by Tye Tribbett came on the radio and it said “If He did it before, He can do it again, Same God Right Now…Same God Back Then” and it was in that moment I knew she would be ok…even though I didn’t know what ok might look like. So, we changed doctors and kept on fighting. On December 1, 2017 this team of doctors dealt us another blow, in that monthly check-up Annette’s doctor’s recommended hospice…but we weren’t ready to give up. So, we changed doctors and kept on fighting. However, on Saturday, August 31th 2018 at 2:49 pm Annette’s battle was elevated from man’s hands to God’s arms.

While going with Annette to all of her infusion treatments and doctor’s appointments I saw so many people struggling, struggling to get to treatment, struggling as they went through treatment, struggling to get home from treatment and then struggling to pay for it after they had it. Through this experience I learned the difference between Cancer Research and Cancer Resources thus CANCER AWARENESS AND RESOURCE NETWORK was birthed. There are many, many people advocating for the cancer research to find a cure and likewise there are billions of dollars given to that effort every year and that’s great. However, there are so many people in need of medication who can’t afford it or have medical insurance but can’t afford the co-pay. In most cases, after you’ve been diagnosed and you have to stop working for a period of time because of treatment, your income stops but your bills don’t. Eventually, many people may benefit from the cancer research, but today they need help right here, right now…these are the people we focus on because there are little to no dollars allocated for them!

The Visionary Is Gone, 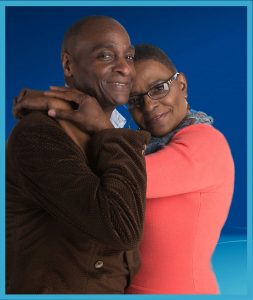 But the Vision Continues

Today we feel our visionary, Annette Marie Torian-White is watching over us as we continue the work we stated together. For a few years, Annette walked with us for our “5k & 6k Colors of Cancer-Race 4 Resources” …this walk/run will continue. She modeled with us for our “Colors of Cancer Fashion Extravaganzas” …the fashion show will continue. Annette was ever present for our “Chipping Away at Cancer-Golf Outings” …and the golf outing will continue. As Annette will be forever missed, Cancer Awareness and Resource Network will continue the fight of bringing a greater awareness to a greater population of people, the signs and symptoms of cancer, and helping to rise the bar for giving to cancer fighters financial, emotional, spiritual and nutritional, no matter the cancer type, as they face this humongous fight.

When you hear those three most devastating words “YOU HAVE CANCER” it literally sucks the life out of you and adds an unimaginable level of stress to your life, and we know stress can kill you all by itself. Our goal is, to help you handle the other stresses of life, so you can focus on getting well.

In Annette’s most difficult days, she still supported the efforts she began back in 2014 until she couldn’t work anymore. “Annette, I’ve dedicated the rest of my life to see your vision through…REST WELL”.